The overall aim of the NEAR-EU project is to broaden the field of European integration studies by incorporating the domain of higher education in the research and activities of European Study Centres. The project will develop an inter-regional, collaborative academic space to enhance the study of European higher education policy and academic internationalization. The project intends to establish Bologna Resource Centres (BRC), for the study and research of European HE, within and outside Europe and to create a nexus among them. These BRCs will evolve into a network of prominent academic units in the field of European Studies to further deepen the academic discourse on European HE policy and the EHEA. This globally spaced network will include the non-EU partners- Israel, Singapore, Canada and New Zealand and the EU members- Germany, Slovenia and Greece. Within this frame, the specific aim of the CEPS (University of Ljubljana, Faculty of Education) is, in particular, to analyse and present the development of the Bologna Process and the European Higher Education Area through a perspective of the history of European higher education policy ideas. Over the last 15 years CEPS has contributed several studies on the development of the Bologna Process and the European Higher Education Area. Selection of these studies will be gradually published on this website (see CEPS Studies on the Bologna Process); in addition, we will add some new analyses. In addition, on this website we will also publish some of the lesser-known documents from the early period of the Bologna Process (see History of the Bologna Process) which might be interesting for researchers. Of course, CEPS will also contribute to the other project objectives and will organise a project workshop in October 2017. Follow news on The NEAR EU project website. 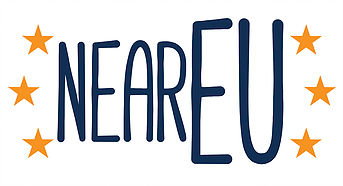 THE NEAR EU PROJECT: THE BOLOGNA RESOURCE CENTRE